Social media has become such a big part of our lives; we sometimes don’t even realize how much time we spend scrolling through our feeds. It’s the last thing many of us look at before we go to bed and the first thing we check when we wake up – but does interacting with social media hurt our mental health?

The rise of social media is a defining characteristic of the 21st century. Platforms like Facebook, Snapchat,  TikTok, and Instagram are cornerstones of modern life. For many, a life moment hasn’t really happened until it’s pinned and posted.
The growth of these interfaces has created immense wealth for many, in addition to fame for a select few. Social media platforms have altered how we communicate, plan parties, search for jobs, and even say happy birthday.
Since social media entered into our private lives, we can freely say that they have a significant influence on our mental health.

So let’s see in which ways social media affects our mental health.

It can be addictive.

It’s obvious that social networks have a negative impact on our mental health, but they can easily become an addiction.  When your online posts are rewarded with comments and “likes” it serves as reinforcement, which can quickly develop into a habit that’s hard to break. It can cause neglect of personal life, mental preoccupation, escapism, and mood-modifying experiences. Also, people who excessively use social networks tend to conceal their addictive behavior. The addiction to social media especially depends on the time we spend on it. The more we use social networks, the more we stimulate the pleasure centers and dopamine production in our brain.

It causes a bad mood.

Social networks affect our mood and trigger more sadness than well-being. For example, Facebook allows people instant connections. “Offline” communications powerfully enhance well-being but interaction on Facebook may predict the opposite result. It can cause social isolation which is the worst thing for our mental and physical health. One study includes a team that looked at how much people used 11 social media sites: Facebook, Twitter, Google+, YouTube, LinkedIn, Instagram, Pinterest, Tumblr, Vine, Snapchat, and Reddit. In the end, it turned out that the more time people spent on these sites, the more they perceived themselves as socially isolated.

It enhances comparison factors and jealousy.

This includes comparing our lives to others who are mentally unhealthy. We often scroll through our feed and comment to ourselves others’ statuses and photos, for example: „Look at what she got, it’s so cool!“ or „WOW, he’s in Cancun, I want to go there!“. In fact, we make judgments about how we measure up and we become jealous of other people. One study looked at how we make comparisons to others’ posts — are we feeling better or worse than our friends? It turned out that even feeling that another person is better than you makes you feel bad. Also, when we feel jealous we tend to post more and more just to present our life much better. It’s a circle with no end. Jealousy and envy can lead to feelings of depression.

We feel that social media helps us.

When we use social media we think that it is good for our mood but we actually don’t feel very good. There is a disorder called FoMO (Fear of missing out). It’s social anxiety characterized by a desire to stay continually connected with what others are doing and we think that is good to know all that stuff. It’s like an addiction to drugs or cigarettes. When people use drugs they think it will fix their problems but it’s just going to get worse and worse. In one study, one group of people were using Facebook, and other groups were doing some other activities. When they were done, the group who were using Facebook felt much worse than other groups. The key is that they thought they would feel better but, in the end, they didn’t.

We feel more social if we have more friends on social media.

Whether it’s a positive or negative impact is determined by how the individual uses the platforms. Finding a balance and developing healthy habits for using social media is essential for making sure it has a positive presence in your life. 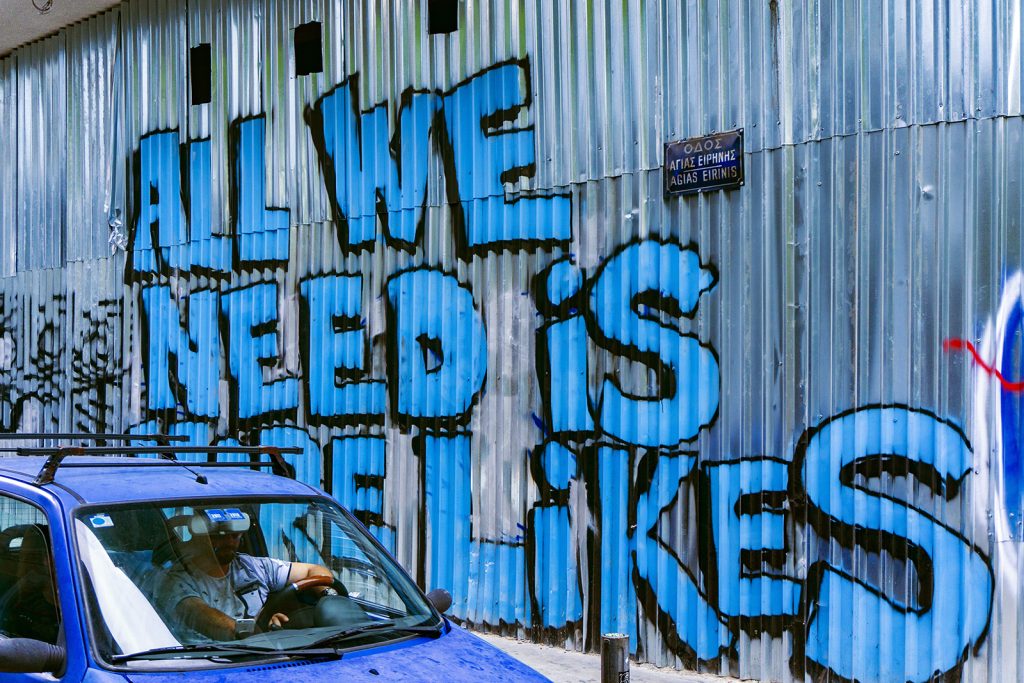 1. Schedule time to use social media and times to step away. As with most things, balance is the key to having healthy habits on social media. You can set aside times when you can surf the web, and times when you log off and ignore notifications. It is particularly important when you’re spending time with friends or family and before you go to sleep. It may be helpful to use an old-fashioned alarm clock to wake up in the morning, so you can leave your phone in the other room when it’s time to go to bed.

2. Be clear about what your purpose is when logging onto a social media site and stick to it. We’ve all gone online to check the time of a birthday party next week and found ourselves, an hour later, watching video after video. Be thoughtful about why you’re logging into a site and then make sure you sign off when you’re finished. This will also make sure you’re using social media the way you want – to connect with friends or get updates on your favorite band – without letting what other people are posting take over.

3. Use other people’s posts as inspiration rather than comparison. Seeing other people broadcast their successes and post magazine-perfect moments of their lives might make your daily life pale in comparison. But remember that these moments aren’t representative of someone’s whole life, and the person posting them is probably struggling with a lot of the same things you are. Looking at these posts as inspiration for you to work toward your own goals, rather than directly comparing your daily life to their Instagram, is a healthier way to view posts on social media. It’s also good to be selective about who you follow. If someone’s posts consistently make you feel bad about yourself or get you frustrated, then consider unfriending or unfollowing that person.

4. Think before posting. Likewise, think about what you’re sending out to the world. Before you hit send on a post, consider whether it’s spreading positivity. You can help make your feed an encouraging place to be by avoiding trolls or online arguments and fostering a community of support and positivity among your friends or followers – at least on your page.

5. Put your mental health first. Check-in with yourself and if you’re feeling down, maybe go outside for a walk or grab coffee with a friend rather than spending time online. If getting notifications throughout the day makes you feel stressed or anxious then it would be a good idea to delete the social media apps from your phone or disable push notifications, so you only see alerts when you sign in manually.

Being on social media can help enhance your life, but it can also easily become an additional stressor, and potentially exacerbate symptoms of anxiety or depression. Using some of these tips can help you create healthy social media habits that create balance in your life, protect your mental health, and make your social media use a positive force rather than a negative one.

If you feel that social media is impacting your mood more than it should, and taking a break isn’t helping you find relief, then consider reaching out and speaking with someone.

When Depression Hits You Again…and Again

I’m Scarlet - not my real name though-, thirty-something years old. Born on February 20th, somewhere over the rainbow. I am a proud "mother" of a lovely German Spitz called Misty & a cat called Sunny. I started this blog as a way to share a bit about my life with bipolar disorder and fibromyalgia but also everything from movies and music to food, fashion, beauty, home decor, and witchcraft. Yes, I'm a witch. Since I was a little girl, I knew I was different. I have a strong connection with nature – trees and plants are my companions. From the bottom of my heart thank you for reading and following along! As above, so below.

Why Psychiatrists Won’t Listen to Patients

Social Media: A Guide for Dealing With Impossible People

Meaning of Snakes in Witchcraft

Tips to Meet Your Spirit Guides 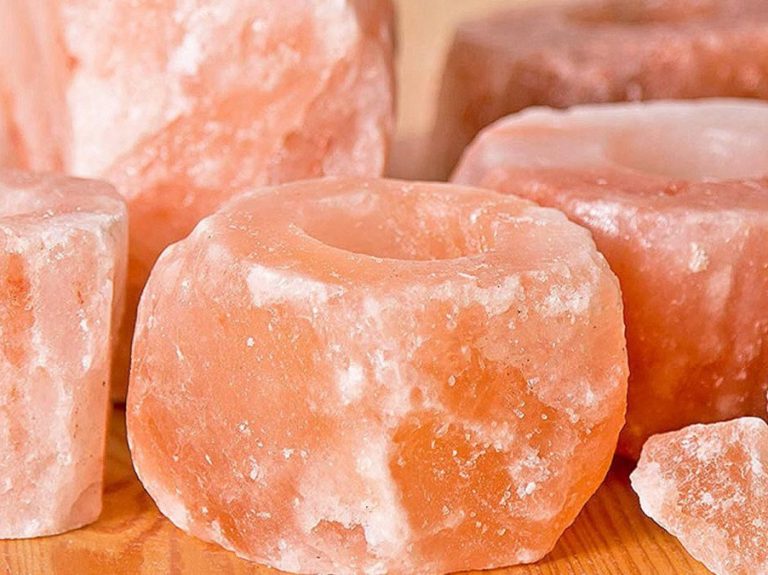 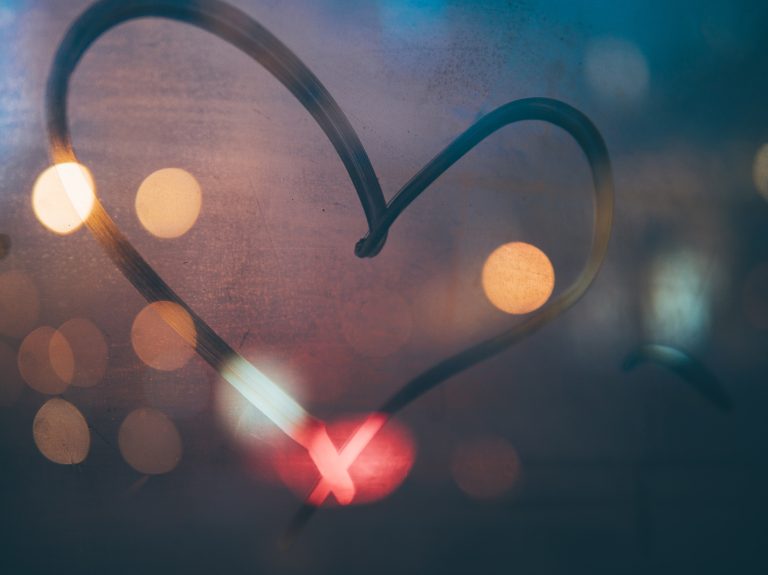